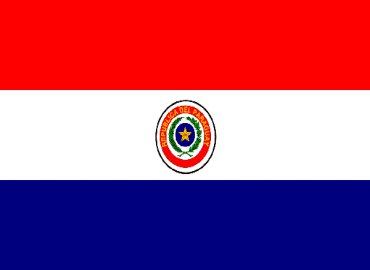 In your research about Paraguay, you have probably already found out that Paraguay is located in the heart of Latin America,

who its geographical neighbors are and which rivers flow into which cities. If not, I would like to refer you to the relevant collections of facts in encyclopedias such as Wikipedia or others. My aim is to give you a general insight into life in Paraguay and to tell you about my experiences and those of others. Although I don't want to bore you with facts, it is important to understand that Paraguay is larger than Germany and Switzerland combined, but has only 7 million inhabitants. Most of them live in the capital Asunción or in the "Departamento Central" around the capital, where most of the economic activities take place. This means for a possible longer stay in Paraguay that you are faced with the basic decision whether to settle in a rural area or in a city.

When I came to Paraguay about 11 years ago in 2007, I made a conscious decision to live in a rural area in Yataity in the "Departamento Guairá". Compared to the big cities, the cost of living is much lower than for example in the national capital Asunción. In addition, I still find the very quiet and relaxed life in the rural idyll to be dreamlike. However, it is important to note that if you want to work as a self-employed or salaried employee, the pay is in almost all cases significantly lower in rural areas than, for example, in Asunción. I.e. if the money earnings can be achieved not only by investments, which bring here fixed-interest quite still around the 15% annually, and investments alone, life in the city promises quite financial incentives, which is just like amenities such as going out, meeting people in the city more versatile than in the country.

In general, as I also explain in detail in the chapter "Work, Money and Investments", it is possible to earn good money in Paraguay on a self-employed basis, even if at first glance gross incomes are almost always (significantly) lower than in Germany and the EU, but due to the low tax and contribution burden, there is definitely more left over net than in Germany. However, I ask every emigrant to consider that any self-employment is always associated with a certain risk and should be carefully prepared in any case.

This is mainly due to the Mennonites and inhabitants with German roots. Overall, Paraguay is perceived primarily as immigration-friendly. In terms of internationality, Paraguay cannot yet keep up with its neighbors Argentina, Uruguay and Brazil, but multilingualism has increased enormously in the last decade, at least in the cities among the young population up to 35 years of age, so that you can get by with English in Asunción without any problems.

In the rural areas, however, you will often run into limits without Spanish skills. Nevertheless, it is important to note that you will be lost professionally in Paraguay without some knowledge of Spanish. I.e. if you do not come to Paraguay with a financial independence to be able to live from the passive income, it is here compared to other countries all the more important to understand language and culture. However, it is relatively quick and easy to reach a good level of Spanish in a short time with a certain basic vocabulary through the good language schools in the capital Asunción and daily practice in order to gain a foothold in the working world. In recent years, I have been able to observe many success stories in this regard.

After the military dictatorship in 1989, Paraguay has grown economically, especially since the end of the 90s until today.

Compared to its neighboring countries, Paraguay is in an excellent economic position, has the lowest debt in the region in terms of GDP, has had an almost balanced budget since 2015 despite the current investments in infrastructure, and has one of the highest growth rates in the region despite the economic crises in Argentina and Brazil. What I would like to tell you in conclusion is that we are definitely still living in a developing country that is on its way to becoming an emerging market in many areas. Despite this, or perhaps because of it, Paraguay offers you many freedoms and also economic opportunities and Paraguay always manages to amaze us in a positive sense.

Did you know for example that Paraguay operates with Itaipú together with Brazil one of the largest hydroelectric power plants in the world, which was until 2006 even the world market leader in hydroelectric power and that Paraguay thus gets its energy supply completely from renewable energies? In the chapter on emigration, I go into more detail about the aspect of freedom and economic opportunities in Paraguay.

Paraguay-XXL offers information as well as real estate in Paraguay.